A bus without a driver will make the Timanfaya Volcano Route thanks to a pioneering project led by AEC and the Carlos III University. 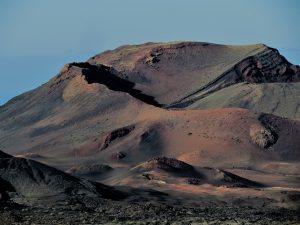 Tourists visiting the Timanfaya National Park, on the island of Lanzarote, in just two years will continue doing the Route of the Volcanoes as has been done so far, by bus. However, the excursion will provide an experience without doubt exceptional, since in the future buses there will be no driver. The public company Centers of Art, Culture and Tourism (CACT), under the Cabildo de Lanzarote, has just approved the implementation of a project called CITIES Timanfaya, whose objective is the incorporation of electric and autonomous vehicles in the route of the Mountains of fire.

The initiative is a pioneering research and development project that has the support and participation of a consortium composed of a dozen Spanish entities of recognized prestige in the intelligent transport sector. This consortium is led by the Spanish Road Association (AEC), the Carlos III University of Madrid and the company 2RK Intelligent Transport Consultants. It is a revolutionary and intelligent concept for the use of an ecological, autonomous and safe transport in a unique framework such as the Timanfaya National Park. In this way, CITIES places the island of Lanzarote as a world reference in quality tourism, at the forefront of technology and as a unique tourist experience. The vehicles that CITIES Timanfaya will use will increase the level of active and passive safety for its occupants, and will provide greater doses of functionality and sustainability, since they will not generate harmful waste for the ecosystem. In fact, it is estimated that its use on the Volcano Route will result in a reduction of CO2 emissions of up to 469 tons per year. Likewise, the costs associated with the consumption of fossil fuels of the buses that currently make the journey and that rise to about 180.000 euros per year will be eliminated. Together with the Spanish Road Association, Carlos III University and CACT, entities such as 2RK Intelligent Transportation Consultants, Mapfre Spain, the Mechanical Flight Group (GMV), Vázquez and Torres Ingeniería, GMR Approvals, Albufera Energy participate in the project Storage, and the National Institute of Aerospace Technology, involving 20 doctors and more than 40 university graduates in the process. 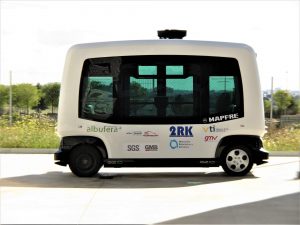 The initiative has also aroused the interest of the General Directorate of Traffic of the Ministry of Interior, an entity that is favoring the development of technology aimed at the connected and autonomous vehicle. The duration of the project, which has an approximate budget of one million euros, is expected to be 18 months, with an expected extension of three more months. The financing comes from the Canary Islands Development Fund (FDCAN), which is managed by the Planning and Coordination Unit of the Cabildo de Lanzarote and the Ministry of Environment. Elena de la Peña, Deputy Director General of the Spanish Road Association, says that “this initiative can undoubtedly serve as a catalyst for the development of new mobility models in the surroundings of the island of Lanzarote, as well as serving as global showcase ”.

For his part, the Councilor of the Centers of Art, Culture and Tourism of the Cabildo, Echedey Eugenio, celebrates the “beginning of a project that will revolutionize the island transport sector, will give a significant boost to the positioning of Lanzarote as a reference destination for the sustainability tourism and guarantees an unforgettable experience for tourists and residents, who can enjoy the wonders of the landscape that give the Mountains of Fire in a close, safe, clean and responsible with the environment ”. The Professor of the Carlos III University of Madrid, José Luis San Román, shares these opinions and assures that “it is a technology transfer project that culminates many years of research in the field of autonomous mobility”. . And he adds: “It is a pleasure and a challenge to be able to implement it in an environment as impressive as the Timanfaya National Park, and on the island of Lanzarote, which is a Biosphere Reserve. We have a consortium that brings together all the necessary capabilities to achieve success and demonstrate that autonomous driving can already be a reality. ”